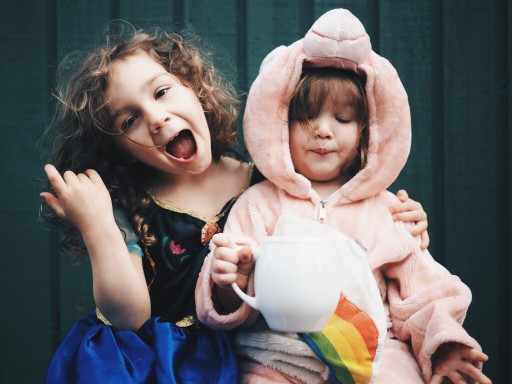 When it comes to replacing undesirable behaviors with those that are more appropriate, long-term actions, operant conditioning is often a preferred method of choice. While understanding operant conditioning’s objectives may be straightforward, grasping the differences between punishment and reinforcement, both positive and negative, may take a bit more explaining.

Let’s look at the ins and outs of punishment and reinforcement and how they can be useful in ABA.

What is Operant Conditioning?

Operant conditioning is how one learns to increase or decrease specific behaviors. This form of conditioning is possible by making associations between one’s behavior and receiving a positive or negative consequence for that action.

In ABA therapy, it’s essential to understand that punishment and reinforcement are not associated with our typical understanding of good versus bad. Nor does it imply any form of physical, verbal, or emotional punishing. Both punishments and reinforcements can be either positive or negative. Let’s break down their meanings, mainly how they apply to children when implementing ABA strategies.

Often, this refers to a meaningful object or reward, such as:

While it does take a bit of adjustment in our natural thought process – understanding how positives can be useful in punishment and negatives can assist in reinforcements – they can offer astounding long-term results when implemented correctly. These results are particularly true for ABA practices.

How to Punish Your Child Effectively

Using punishment as a behavior-modifying technique can be useful in various situations by parents, teachers, and ABA therapy team members. To clear up any further confusion, think of positive punishment’s primary goal as a tool to deter your child from undesirable behavior. For instance, if your child spent extra time on her iPad while neglecting to make her bed for the day, a parent could add an extra chore, such as gathering up her laundry. In this situation, the parent will use positive punishment – the additional chore – to help her realize she should spend less time on her iPad tomorrow before making up her bed. Doing so will condition her to decrease her screen time, make time to make up her bed, and eliminate the additional chore. 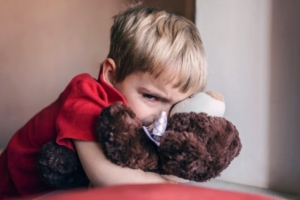 Once science was able to demonstrate that the use of positive reinforcement was successful in creating new behaviors and skills, it slowly began to replace the harsh and abusive treatment of individuals with autism. ABA therapy brought new approaches and success stories, replacing the horrible treatment of behavioral change in those with autism.

Positive reinforcement provides undeniable results, making it known for being one of the most effective behavioral management forms for children with autism and behavioral issues. When using positive reinforcement in combination with ABA therapy, potentially harmful behaviors may also be replaced with new, healthier behaviors. Using this style of reward system focuses on finding a reward that is personal to each child. Positive reinforcements should consist of favorite items or privileges your child finds most meaningful and willing to work towards earning. A favorite toy or game on your phone will strengthen the likelihood the child will continue to revert to the new behavior. Ultimately, the objective is for this personalized reward, chosen by your child’s ABA therapist, to provide enough excitement and encouragement, eventually leading to the adoption of new, positive behavior.

If your child’s ABA team is not seeing the demonstration of a desirable behavior or skill, the child will not receive their reward. It is essential to repeat the modeling process as often as necessary, providing your child with ample time to learn and repeat the new skills and behaviors independently. While this may seem a difficult task, your ABA professionals will work closely with you to give plenty of guidance and modeling of each step. 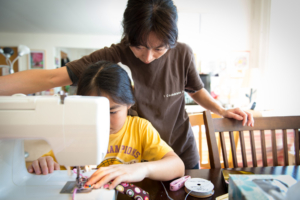 Measuring the Success of Positive Reinforcement

So, how do we measure the success of these ABA strategies using positive reinforcement? Through proper modeling and consistency, new skills and behaviors will begin to reoccur with less guidance. In time, the need for reinforcers to produce these changes will also diminish. Once the child can demonstrate the replacement behavior without prompting or rewards, it officially becomes a successfully mastered goal.

This site uses Akismet to reduce spam. Learn how your comment data is processed.

This site uses cookies. By continuing to browse the site, you are agreeing to our use of cookies.

We may request cookies to be set on your device. We use cookies to let us know when you visit our websites, how you interact with us, to enrich your user experience, and to customize your relationship with our website.

Click on the different category headings to find out more. You can also change some of your preferences. Note that blocking some types of cookies may impact your experience on our websites and the services we are able to offer.

These cookies are strictly necessary to provide you with services available through our website and to use some of its features.

Because these cookies are strictly necessary to deliver the website, refuseing them will have impact how our site functions. You always can block or delete cookies by changing your browser settings and force blocking all cookies on this website. But this will always prompt you to accept/refuse cookies when revisiting our site.

We fully respect if you want to refuse cookies but to avoid asking you again and again kindly allow us to store a cookie for that. You are free to opt out any time or opt in for other cookies to get a better experience. If you refuse cookies we will remove all set cookies in our domain.

We provide you with a list of stored cookies on your computer in our domain so you can check what we stored. Due to security reasons we are not able to show or modify cookies from other domains. You can check these in your browser security settings.

These cookies collect information that is used either in aggregate form to help us understand how our website is being used or how effective our marketing campaigns are, or to help us customize our website and application for you in order to enhance your experience.

If you do not want that we track your visit to our site you can disable tracking in your browser here:

We also use different external services like Google Webfonts, Google Maps, and external Video providers. Since these providers may collect personal data like your IP address we allow you to block them here. Please be aware that this might heavily reduce the functionality and appearance of our site. Changes will take effect once you reload the page.

The following cookies are also needed - You can choose if you want to allow them: